The ProHOME is a home building program headed by Fine Homebuilding, where they showcase all the energy saving solutions that are installed into a newly constructed house. Tamarack Cape Backdraft Dampers are one of the items being installed into that home.

There are four 6-in. intake and exhaust ducts in the house. It will be important to block air leaking into or out of those ducts in an uncontrolled fashion. One way to control undesired air flowing in and out is by using backdraft dampers. The best option is to install motorized backdraft dampers that open when equipment is being operated. Motorized dampers require control and operation wiring.

A simpler option we are employing is to install passive backdraft dampers — in this case, Tamarack Technologies’ Cape Backdraft Dampers. The dampers are one-way fabric valves that open in the direction of flow when there’s a force blowing or drawing air through a duct, and close when air moves opposite to the direction of flow.

In this case, there are two ducts for the range hood and two for the Zehnder ERV system that is being installed. Since the range-hood exhaust can have oil and other
contaminants in the air stream, a Cape damper shouldn’t be used, so we are relying on the spring-loaded passive damper in the wall cap. The range-hood makeup-air duct has a Cape damper inserted within the 6-in. duct near the exterior wall.

There are also two ducts for the ERV. Even though the system will operate continuously at a low level, there are times when it will be turned off — like when the occupants go on vacation or during the times (spring, summer, fall) when the windows are opened for extended periods. Both ERV ducts have Cape dampers installed near the exterior wall facing in the direction of the airflow. 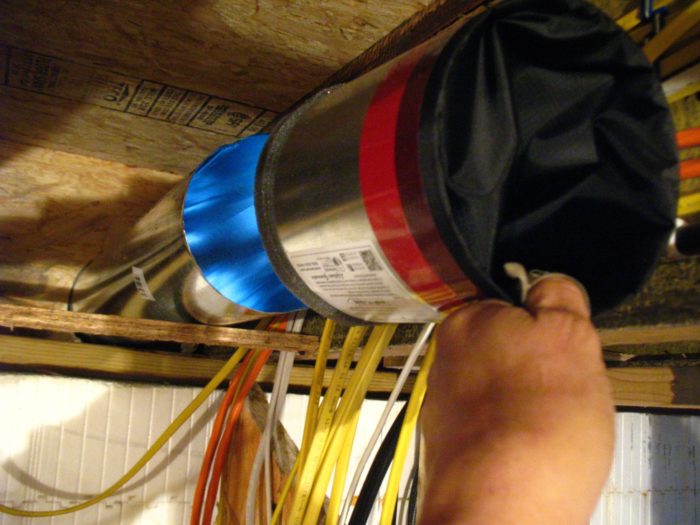 Cape dampers are easy to install. They are sized a bit smaller than standard ducts (4 in. and 6 in.), so you just slide the damper into the duct nearest the outside wall before installing additional sections. The foam gasket on the perimeter of the damper seals to the inside of the duct. 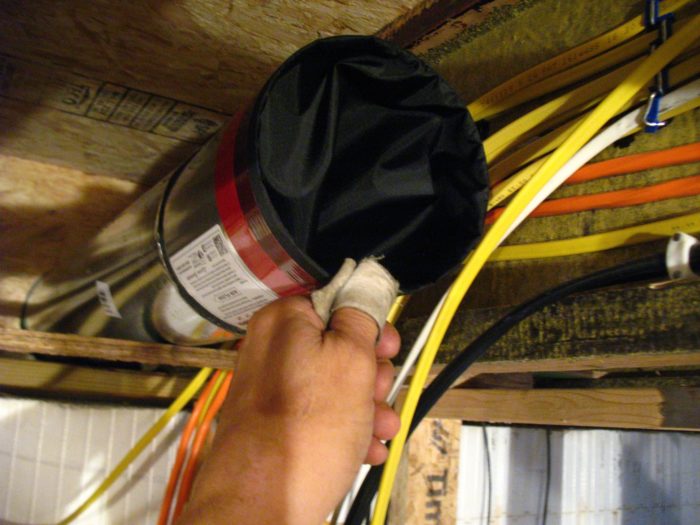 The damper fabric is mounted at one point to the wall of the damper sleeve. That point must be facing at the bottom of the duct in order to work properly. The damper is friction-fit within the duct — no need for additional fasteners or adhesive tape to hold it in place. 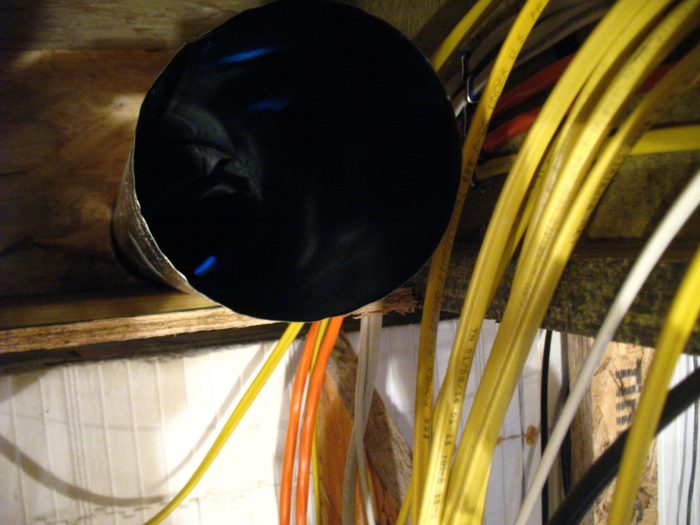 Send us a message

adroll_adv_id = "3QTQ5X6NDZFJFEOI2KEAV7"; adroll_pix_id = "DU64HU4W4FACLGQRTFA67M"; adroll_version = "2.0"; adroll_current_page = "other"; adroll_currency = "USD"; adroll_language = "en_US";
We use cookies to ensure that we give you the best experience on our website. If you continue to use this site we will assume that you are happy with it.OkPrivacy policy